Fracture, a collaborative piece of theatre written by Vicky and David Riley, won the audience vote two nights running in its short (ten minute) form at Three Minute Theatre (3MT) in February 2014.  Vicky and David have since worked with Gina and John at 3MT, terrific supporters of local theatre, to produce an extended version of the play.  This will be staged on 5th and 6th of June 2014 alongside the award-winning John Topliff's Angels at the Three Minute Theatre in Manchester.

A small town business woman is lauded for saving the local theatre. She promises jobs in the rejuvenated company to her employee, the older brother of a pair of lads who have been running the seedier side of her business. But not all the girls who are employed on the dark side of the entertainment industry are content. And not all the customers know how to play nice. When a new customer contacts the brothel, promising hard cash for special privileges, the brothers have to decide where their loyalty lies and will question whether they have the capacity to affect events at all. 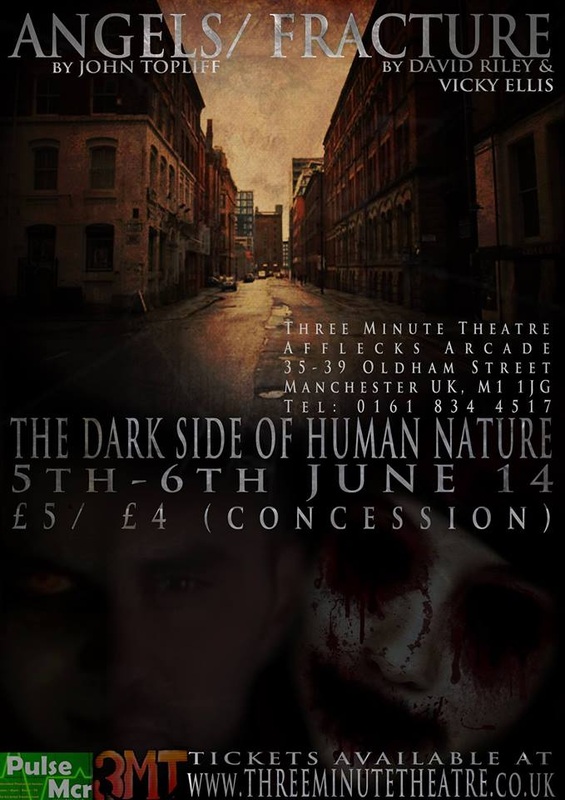